Technology has changed everything, including how people relate to one another. With the rise of the internet and smartphones, we’ve seen the evidence in how, for instance, millennials use technology both as a means to get acquainted with the opposite sex and to avoid them when things don’t go well. Likewise, even when in a room full of people, just count how many of them are looking at their phones instead of chatting with those around them.

Even many non-millennials have come to embrace this cultural shift as sexuality and technology have become entangled. But what’s next? If some of what we are seeing in development today comes to fruition, sex and relationships will never be the same. That could be either good or bad, so it’s important to keep a finger on the pulse of how technology is affecting our sexuality.

Today we look at how existing trends may become one with others that appear to be climbing over the horizon. Sure, there are already apps designed for the sole purpose of hooking up, but as virtual worlds become more real, could this spell the end of relying on other people for sex at all?

Let’s face it — not everyone finds it easy to attract the opposite sex, or the same sex, as the case may be. Many have social anxieties preventing them from opening up or even being in public. Others might do just fine socially, and may even be married, but crave something outside the realm of what they have.

In Tokyo, an entire area of the city has become a mecca, of sorts, for a generation of young men who’ve grown up in a world of computers where fantasy has essentially become their chosen reality. In fact, they prefer not to interact with real people of the opposite sex, choosing instead to spend time alone with the girls they’ve created. And they take these relationships

It’s not so difficult to understand why a subjectively unattractive loner might want to live in a different reality than the one he’s been dealt in life, but you might be surprised to learn that not all virtual girlfriend users fit that bill. Some are married men who just want a little attention on the side.

Such apps allow the user to chat with artificial intelligence, virtually take her places, and even snap pics together. Whether it’s the shy, quiet introvert or the family man with a secret, almost all users agree it’s easier than dealing with a real person.

As we’ve learned from millennial trends, dating, as we once knew it, is dead. Immediate gratification is king, and virtual girlfriends don’t bust your balls when they’ve had a bad day. The result is a growing sense that sexual contact with a real person is becoming unimportant. After all, sometimes real people say, “No.”

“Westworld” has given us a glimpse of a possible near future, and it doesn’t seem very far off at all. Sure, animatronics already exist to some degree in theme parks, waving to guests and saying stupid stuff. But if you could visit a park full of robotic hosts willing to play along with anything, my guess is that you’d head for the brothel first.

Sex doll manufacturers are betting on that, too, and are engaged in a sexual space race to be the first to roll fully-functional companions off their assembly line. At least one manufacturer of love dolls, as they prefer to call them, are presently pushing an app for a virtual girlfriend, which they apparently hope to integrate with their otherwise lifeless dolls in the future.

But they’re still working out a lot of bugs. Right now, they’re only at partial animation, trying to smooth out realistic speech with a robotic head that can be attached to dolls they manufacture. It’ll be at least a few more years before you’ll be able to get a walking, talking and—well, you know—robotic sex doll. Even then, it’s bound to be very cost prohibitive, considering that their most basic, inanimate, entry-level dolls start at around $5,000.

Meantime, the virtual girlfriends are constantly adding to their depth of AI. In other words, manufacturers are learning what customers want from artificial companions through the still rudimentary apps.

The immersive experience can have a very profound effect on the mind,

And it’s not just for single people. It could be a powerful tool for couples who are often, or always, away from each other, affording those in long-distance relationships the ability to touch.

While any of these trends could be great things for folks who, for whatever reason, have trouble with the opposite sex, or can’t be with the one they love, there’s a danger that the rest of us could get swept up in it, too. The trends we see now and the ones we see coming both point to a future where men and women may have little need for one another.

We’re already seeing a decline in the percent of young people getting married almost everywhere in the world. Could that ultimately result in fewer babies and seeing a population reduction? It may already be happening in Japan, whose birth rate is on a pace to actually reduce the country’s population by a third during the next 40 years or so.

This dystopian scenario may not be the end of the human race, though, as artificial insemination may one-day eclipse sex as the preferred means of procreation. Everybody will still be having sex, of course. Just not with real people.

We’ve seen the videos of those cringe-worthy guys who take their life-sized dolls with glazed eyes out in public as though they were living beings. It can’t be a good thing to give up on real people for the company of mannequin, but we’ll undoubtedly see a lot more of it once the sex robots begin to trick the mind as well as VR does. In the end, many guys privately want a girl whose purpose is to serve him in any way he asks—and that’s something that proves difficult in the real world.

The peril here is that we all may retreat into private fantasy lives, leaving interpersonal skills to go the way of the dinosaurs when we step into an artificial reality we may choose never to return from. By all means, have fun. But let’s not get to the point that we’d rather start connecting IV’s for nourishment instead of stepping out of that fake reality for a bite to eat somewhere that you may actually meet someone.

Get futuristic with high-tech sex toys from  TickleKitty.com: 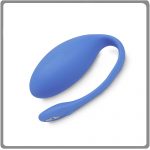 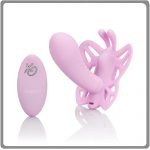 Simply wear it underneath your panties with it’s exciting soon-to-vibrate probe inside you, hand the wireless remote to your lover, and head out for your most thrilling orgasm adventure ever! … BUY NOW 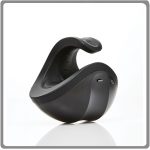 This palm-sized penis hugger delivers the most stimulating, oscillating, rush-to-orgasm vibrations you could ever want. Just wrap it around your penis and enjoy … BUY NOW

Wearable remote-controlled vibrating lace panty. Audio-sensitive—vibe to music in the club, or to your lover’s voice. Tease her from up to 20 feet away … BUY NOW