Netflix has become such a powerful pretext when setting up romantic encounters, it is often recognized as a verb. And now is your chance to capitalize on it.

There’s two effective strategies one can use when they are attempting the ‘Netflix and chill’ technique:

The first, is to put on a film containing such a painfully slow build up, the two of you will be forced to fool around to save yourselves from boredom.

Or the second, is to play something so titillating, your pants will mysteriously fall off and go missing indefinitely.

If you plan on using the second method, you’re in luck, because we have carefully curated our top 11 movies on Netflix which will get you in the mood below.

1. Blue Is The Warmest Color

Do you remember your first crush? Not the silly primary school one, but the one which came full-force as you discovered your sexuality. The one that made you a desire filled, ball of sexual emotion. This movie will remind you.

It’s about a 15 year-old girl who finds this in a blue-haired artist named Emma, and follows their passionate relationship into adulthood. We don’t say this lightly: the film is a masterpiece. But you’ll discover this if you can make it the whole way through, without having to pounce on the person sitting next to you.

Catering to every man’s inner child, who felt as though they missed out by not experiencing a steamy affair with their teacher, this movie will reawaken that forgotten desire. And once that desire is unleashed, it might be a great time for a little teacher and student sexual roleplay.

Let the movie play on in the background, because to be honest, the movie as a whole only gets a C+ from us. The sex scenes get an A, though.

However, this movie is not a wise choice if you were planning the ol’ Netflix and chill technique.

Not only would the title foil your pretext almost instantly (unless your date isn’t familiar with big, medical-like terms), but the entire movie is essentially just a bunch of sex. It follows a girl, and her adventures in sex.

Aside from being a cinematic masterpiece, which has earned all kinds of awards and praise, this movie is incredibly sexy. From the gorgeous actors who will demand your admiration, to the kinky and passion-filled sex scenes, this movie will charm your hearts — and your genitals.

There’s this one scene where two lovers cover each other’s naked bodies in mud, and well, it’s like that messy pottery scene from Ghost, but on Viagra. If you don’t have any mud handy, we highly recommend recreating this scene with our Slippery Kitty lube.

This movie has the most iconic vagina scene of all time.

If that isn’t enough for you, it features Sharon Stone in her prime, seducing a helpless Michael Douglas, who’s trying to conduct an investigation on her for murder. But the only investigating he seems to be able to conduct is on her naked body. We really can’t blame the guy, though.

Suggestion for the ladies: tell your man you aren’t wearing panties either, after Sharon Stone’s incredible vagina flash.

Not only is this movie from the 90s highly sexual, it will also set you up to be a hero. Let us explain how…

The movie is about a couple who goes broke and is offered 1 million dollars by a billionaire to sleep with the wife. Now, you just know if you put this movie on, your partner is going to ask you what you would do if you were offered this proposal.

This is your chance to shine and get yourself so very laid. You can say no, or playfully say something like, “No, It’s 2015. He would have to account for inflation.”

Just make sure not to make a move until after the pottery scene. We can’t express this enough. The pottery scene will put your lover into your hands like soft clay, ready to be molded and massaged the way you both like it. As a whole, this movie will awaken a spectrophilia you didn’t even know you wanted.

Like most of Kubrick’s work, this piece is entirely enigmatic, and open for many interpretations. Among many other things, its been analyzed as an expose of the illuminati by conspiracy theorists, who believe Kubrick’s mysterious death four days after its initial screening to Warner Bros. is all related.

But the flick also has a lot of sexy times, and will definitely get everyone in the general vicinity in the mood.

With the eye candy of Heather Graham, Julianne Moore, Mark Wahlberg, and Burt Reynold’s facial hair, set to the backdrop of the groovy 70s, this movie will make you feel rather randy. It might also inspire you to bring back ridiculous 70s parlance.

When the credits roll, put on a sexy 70s playlist and boogie all night long.

The late 80s/ early 90s was a great time for Michael Douglas to find himself wrapped up in sexy psychological thrillers. Similarly to Basic Instinct, he is seduced into more trouble than he bargained for, except this time it comes in the form of a vengeful Glenn Close, who loses her mind after she is part of an extramarital affair. Oh that Michael Douglas, will he ever learn?

We give it two thumbs and one boner up.

11. Barbarella: Queen Of The Galaxy

This fun and sexy sci-fi gem includes a highly promiscuous Jane Fonda getting frisky with various intergalactic species. Which was like what Captain Kirk’s side mission was in Star Trek, except Kirk could never look as good in a tight spacesuit.

Alright, you’ve got your lover all steamed up and ready to go. They’ve slipped onto your couch, you’ve slipped into something sexy, now it’s time to whip out a little something to seal the deal. Try one of these tiny but powerful toys – it’ll distract from your movie ju-u-ust enough to keep things interesting… 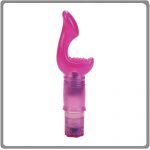 Smaller and sleeker than a full-size rabbit toy, this pleasurizer can make G-spot delights accessible anywhere. Slip it into your bag or pocket for stress relief on the go… BUY NOW 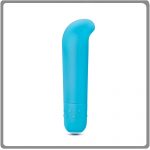 Enjoy yourself inside and out in style. 10 functions for g-spot bliss, an easy one-touch control, and vibrations so intense, it’s wrapped in extra-smooth velvety-silicone… BUY NOW 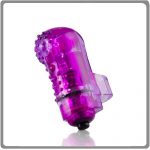 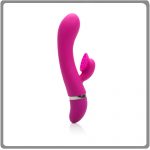 A brand new vibrating pleasure toy with a wide clitoral scoop to accommodate all anatomies, 12 intense functions and a state-of-the-art memory chip that records your favorite vibration setting… BUY NOW