If there’s one thing people are dying to know, it’s whether they’re “normal” compared to everyone else.  And for something as complicated as sex, it’s hard to even say there’s such thing as a standard. But regardless of how you phrase it, everyone loves a good sensual stat, so here are just a few of our fave’s to see how your game may (or may not) rank among the average:

How old are people when they had their first orgasm?

One of life’s greatest rights of passages tends to happen all across the maturity map. Research has shown ages 17-19 is when 27% of people experienced their first orgasm, followed by 19% experiencing orgasm at ages 14-16, and 18% at 20-24. And unsurprisingly enough, the smallest reported group was ages less than 11 years old coming in at 9.5%, but hey—to each their own.

How old are most people when they lose their virginity?

When it’s just plain and simple intercourse, the average age of first-time males is 16.8 years old, and for females 17.2, according to the Kinsey Institute.

How frequently do people orgasm?

It comes as no surprise that men typically orgasm more than women (during sex, at least), but how exactly does that break down? According to a nationwide study, 95% of heterosexual men reported ‘usually to always’ crossing the finish line when being intimate, with 89% of gay men and 88% of bisexual men following suit. On the flip side, 86% of lesbians with only 66% of bisexual women and 65% of hetero women claimed the same degree of frequency.

How long does it take to climax?

In a world where the orgasm gap has never been more alive, couples have long faced the contradiction of men needing around 5 and a half minutes to seal the sexy deal, as opposed to women who need about 17 minutes on average.

How do most women orgasm?

How common really are they?

TENGA’s data also showed American men pale in comparison to women when it comes to owning sex toys at about 20% to 42%, respectively.

Which ones are most popular?

According to PornHub’s healthy hoard of viewer data, the worldwide average of time spent per visit in 2017 clocked in at 9 minutes and 59 seconds. A whopping 23 second increase from the previous year! In the US alone, the average came in a bit higher at 10 minutes and 33 seconds, with Mississipians holding it down for the longest at 11 minutes, 33 seconds, compared to those going for gold in Kansas at 9 minutes, 5 seconds.

Ok, but what about women specifically?

And Lastly For Good Measure…

How long is the average penis?

Although size only matters to some, the great wide world of penises has proven to typically range anywhere from 1.6 to 10.2 inches. The average size when flaccid is around 3.5 to 3.9 inches, but when fully erect measures up to around 5.5 inches in all.

So even if you slept through your college stats class and think you’re the ultimate cheese that stands alone, remember there are always people that fall around you on the never-ending distribution curve of sextistics. Study up!

No matter how your bedroom game compares, sex toys are for everyone. Explore the top toys from TickleKitty.com : 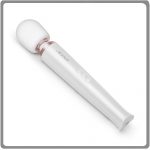 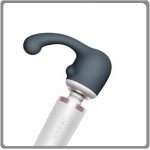 Slip this sleek, curved luxury attachment over your Wand’s head and let the pleasure begin. Enjoy the weighted G-spot tip along with the clitoral bulge at the base for intense, targeted pleasures … BUY NOW 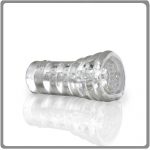 If he loves oral thrills, he needs this in his life. Extra thick, easy to grasp and simulates the feel of your own lovely and passionate lips … BUY NOW 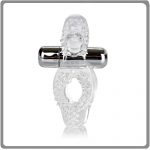 Simple and sensational. He stays harder and lasts longer. She receives pleasure from its vibrating, pinpoint pleasure ticklers. Everybody wins! … BUY NOW

What are you getting your partner for Valentine’