“Thanks for insisting I come and spend the week here, Sweetie. I feel like a new woman.”

“There’s nothing worse than a bad breakup with someone you’re living with. At least this way, he’ll be gone when you get back. Besides, it’s been great having ‘girl time’ with you again.”

Alex reached over the restaurant table and squeezed her friend’s hand. “I feel the same way. And I finally got a chance to see your new life here. I can’t believe we spent a whole week on the beach in bikinis. We could never do that at this time of year in Chicago.”

“We’re just lucky the hospital let me take off so much time.”

“So, what’s the deal with your roommate? Gay girl and straight guy. How’d that happen?”

“He’s the friend of one of the other ER doctors. He’d just moved here and was having trouble finding a place. He’s a sweetheart. He’s been eyeing you, if you hadn’t noticed. And don’t tell me you haven’t been drooling over him. I saw you glance his way as he stepped out of the bathroom after his shower yesterday. Praying for the towel to drop?”

Alex waved her hand dismissively. “Any interest I have is strictly academic. In the last three years, I’ve seen only one cock. I just wanted to see if anything’s changed with you.”

Missy laughed so hard, she spilled her drink. “Uh oh.”

“No, I meant ‘uh oh’ that.” She pointed at the dark clouds in the distance. “I’m afraid…” [Chime]. She read the message on her phone. “Severe weather alert. The whole ER staff is called in.”

Alex looked concerned. “It’s going to be that bad?”

“We’re really vulnerable on this little spit of land. Lots of people show up in the ER. I’ll be back by breakfast. In the meantime, be sure you’re prepared for what’s ahead. Thunder that sounds like gunshots. Blinding flashes of lightning. A high-rise condo plunged into pitch darkness.”

“You’re trying to scare me, right?”

“Now why would I do that?” she winked.

By the time the two girls hurried into Missy’s condo, the sky was already darkening.

“Jason!” Missy yelled. “Big storm. I’ve been called into the hospital. You know the drill.”

The tall, swarthy hunk was stretched out on the white leather sofa. He grabbed the remote and turned off the game. “Got it covered, Boss.” He stepped out onto the porch and brought in the furniture.

Missy threw her bag over her shoulder and took Alex’s hand. “There’s only one thing, Jason. Alex here would be ashamed to tell you herself, but she’s terrified of thunder, lightning, and the dark. We don’t want her traumatized. Will you be a sweetheart and look after her for me?”

“And have you curled up in a ball hyperventilating under the covers of a dark room? Not a chance.”

As Missy quickly exited, Jason turned to Alex. “When we know the power’s going out, we don’t wait. If you want to shower and change, now’s the time. I’ll finish battening down the hatches.”

After showering, Alex made a bee-line to the refrigerator and nervously opened a bottle of wine. She was already on her second glass when Jason emerged from his room. “Cute outfit!” He smirked. “You’re in a tropical paradise, and you’re wearing a long, hooded, pink terry cloth robe. And are those really pink bunny slippers?”

“Hey!” she frowned. “I just got dumped. I’m afraid of storms like these. These are my ‘comfort clothes.’ Show some compassion.”

“You’re right. My apologies. And for what it’s worth, any guy who’d dump you is a jerk. You’re better off without him. Let’s sit on the couch. I’ll explain the storm. It’s less scary that way.”

Alex smiled at the compliment. She picked up her glass and the bottle. Jason got a glass for himself, and the two sat down. “Comfy?” he asked.

She rolled her eyes. “If by ‘comfy’ you mean being thirty stories up, surrounded by nature’s fury, and getting ready to be scared out of my wits? Then, yes, I’m ‘comfy,’ thank you.”

Jason laughed and began explaining the action in the clouds. By now, the condo was completely engulfed by the deep grey clouds. There was a low, powerful rumble. It was muted at first, as though it was far away. As it grew louder and closer, it felt like a locomotive aiming directly for them. The explosion surrounded them. Seconds later, another huge boom detonated. The condo went dark.

She pulled the hood over her head, pressed her face into his chest, wrapped her arms around him, and squeezed tight. “I hope this is OK.”

“Whatever makes you feel better, Alex.” He gently stroked her auburn hair. “I promise you’ll be alright.”

She remained glued to him for the next fifteen minutes, as the lightning flashed and thunder blasted. The rain pelted the glass so furiously, it sounded like hail. She was breathing so hard, Jason was afraid she might pass out.

“Alex, you must be roasting in that robe. That’s why you’re breathing so hard. With no power, the AC’s out. You’ll feel better if you take off the robe and slippers.”

She let go of him just long enough to remove them. He was bowled over by the fragrance of the sexy perfume that had been trapped under the thick fabric.

Ten seconds later, the lightning flash made it look like midday. The thunder rolled on forever as the wind buffeted the building.

She gasped and threw herself on top of him, straddling him. “Hold me! Please!” she pleaded.

Wrapping his arms around her, he couldn’t help but realize that her nightgown was virtually backless.

She mumbled something into his shoulder.

As she spoke, he saw there was very little to the front or her nightie as well. In fact, one of the spaghetti straps had untied, and her creamy white breast was unveiled.

The next thunderous clap was so loud, it was deafening. She shrieked and lost her balance. She fell off him onto the luxurious, white carpet. She reached her arms towards him. “Please Jason. Hold me!” Somehow, not only were both straps undone—leaving her completely topless—but the bottom of her slinky nightie had ridden all the way up over her hips.

He was treated to the sexiest vision. Her naked body—tan, except for the three gleaming white triangles where her bikini had been. He was hypnotized by the sight.

She reached her arms towards him. “Please, Jason,” she begged. “I’m so scared. Hold me.”

When she crooked her leg to the side, opening herself to him, he realized she wanted to be ‘held.’

Yanking his wallet from his pants, he pulled out a condom. In rapid succession, he flung his wallet, T-shirt, and shorts to the other side of the room.

With the next crash, it was as though

the storm’s fury possessed Alex. She pulled him to the floor, and climbed on top of him. As her tight, wet pussy imprisoned every inch of his wide, hard cock, she let out a deep, primitive sound that almost sounded like a roar. Furiously sliding up and down his deliciously stiff dick, she slammed against him with every stroke. “Fuck me! Fuck me!”

Their coupling now felt like a battle for control. He shoved her off. But she let out a primal snarl, grabbed under his knees, and pushed his thighs against his chest. Catching him off balance, she squatted over his cock, and slid back on.  Squeezing hard, she pulsed repeatedly—milking deep moans out of him. Every flash of lightning that lit her up showed a woman in rapture. Grunting each time she took his shaft deep into her pussy, she shot both of them over the edge. On a normal day, their loud cries of relief would have led a neighbor to call the police. Fortunately, the thunder covered their ecstatic shrieks.

Alex tumbled back onto the carpet as her body shook. As the storm quieted, so did her charged flesh. Blushing, she scampered to her room. Jason was so drained, he lay unmoving until he fell asleep.

When Missy returned in the morning, Alex handed her a cup of coffee. “How’d it go in the ER?”

“Not too bad. Cases came in waves, so we were able to nap in between. How were things here? Thunder and lightning? Still the same?” Missy chuckled.

Alex blushed. “Even worse. I felt like Sheena, Queen of the Jungle fucking Tarzan. Completely out of control. Amazingly and beautifully primal!”

Her friend rolled her eyes. “You’re incorrigible.” Missy kissed her on the head as she headed for her room.

Alex smiled. “Yes, but happy.” She stretched languidly. Contentment radiated from every cell of her body. Her face lit up. “God! I love thunderstorms!” 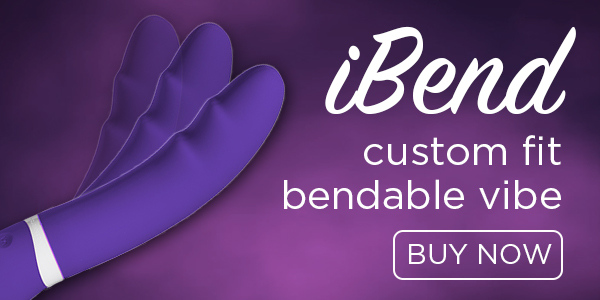 Bring all your tantalizing fantasies to life by trying out our favorite new toys from Tickle Kitty: 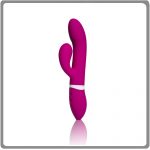 Not just any old G-spot rabbit, the iCome includes a unique vibrating rollerball clitoral stimulator that loves pressing and rolling all around your clitoris … BUY NOW 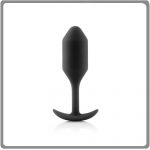 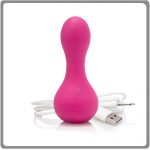 A petite, flexible vibrating wand lets you swirl, zigzag and stretch its velvety surface all over your body’s natural curves, sending deep, rumbly, arousing vibrations into your pleasure centers from every angle … BUY NOW 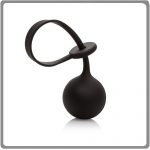